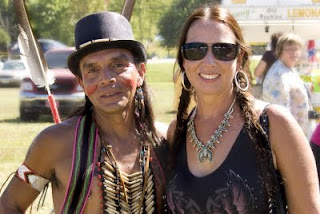 The Trail of Tears Rememberance Ride, every year on the third Saturday in September commemorates the forced relocation of American Indians in the 1830′s from the Southeast to reservations in Oklahoma. For some it was a walk of 800 miles and a journey of three months without food or water. Many suffered from the elements, starvation and disease. More than 4,000 Cherokees and countless other Indians died along the way. Photographer Kelly Roper Gillespie – Bent Mind Photography joins many of her Native American family for this ride. “This truly is one event your soul feels clean leaving from,” she said in a recent interview. 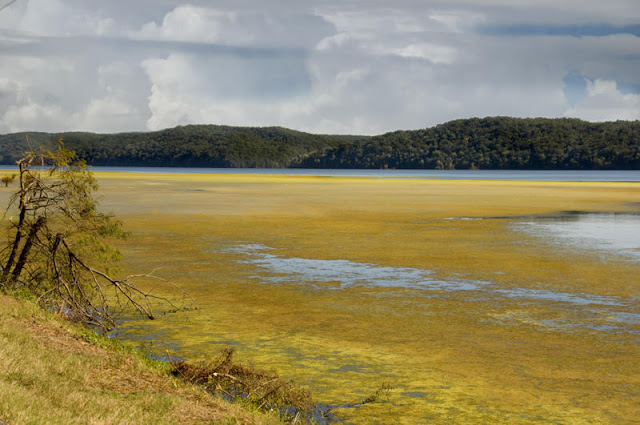 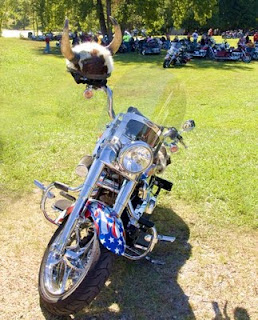 “Last year, I could not get over the colors of mustard yellow contrasting the blue sky and I was extremely impressed with the areas that were set up for the riders along the way.”

“I truly was overwhelmed at the amount of bikes in one area. GREAT vendors, great shows and historical stories from the tribe members.”

“It’s just so hard to show the true amount of bikes and people, so for this reason, I am bringing a wide angle lens with me this year.” 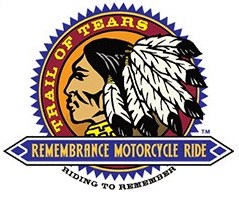 The ride was started in 1994 by Bill Cason of Whitwell, Tennessee in an effort to have the historic route recognized. “It started out, I just wanted to make enough money to put a sign up on the highway,” Cason said in a video interview. “Now, 17 years later, we have hundreds of signs and more than $230,000 has gone to scholarships for Native Americans.”

More than 150,000 motorcycle riders now participate in the original 225 mile ride from the historic Ross’s Landing in Chattanooga, Tennessee to attend a Native American Festival PowWow at McFarland Park in Florence, Alabama. The line of motorcycles rolling into Florence was 50 miles long in 2007, according to local law officials.

But for the past 10 years, hundreds of members in this group have continued their ride to reach Native American destinations in Oklahoma.

Trail of Tears Remembrance Association, Inc., created in 2007 continues to educate the public about the Trail of Tears Removal Act of 1838 and also provides Native American scholarships that assist the five civilized tribes of North America (Cherokee, Choctaw, Chickasaw, Creek, and Seminole nations) in the Southeast and Oklahoma.

Over a four day period this ride covers not just one trail, but several. The ride touches upon the Drane/Hood Route, The Bell Route, The Benge Route and The Northern Route and crosses eight states to create a remembrance of the many different tribes of Native American People.

This video interview with Bill Cason was made in 2010 by THV-Arkansas.

For more information go to these Trail of Tears websites: TrailOfTears-Remembrance.org
or AL-TN-TrailOfTears.net.