Just after the release of the Tron Legacy movie I posted about the street legal Tron Lightcycle  by Parker Brothers Choppers. Since then they guys have continued to work on the bike and these new videos have emerged online.

If you want a chance to own this bike you can enter to win it now on the Parker Bros website!

Improvements include reworking the carbon fibre body and converting the motor to a Lithium ion powered 96 volt electric motor. The hubless wheels look amazing but when combined with the lighting system you’ve got one hell of a unique motorcycle.

Despite this being one of the quirkiest motorcycles you will ever see you have to admit it looks pretty cool with the lights on at night but I would question how well this bike handles. The riding position looks pretty awkward especially with the rider having to reach out so wide. Saying that though I’ve seen plenty of choppers on the street that look just as awkward to control that are ridden daily. 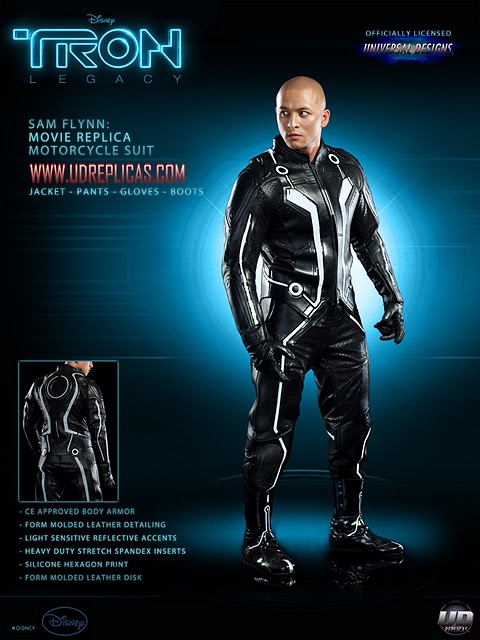 And what riding gear does one wear while cruising the streets on their very own street legal Tron Lightcycle? How about a Universal Designs replica Tron suit and a pair of Nike Marty McFly Mag Boots.