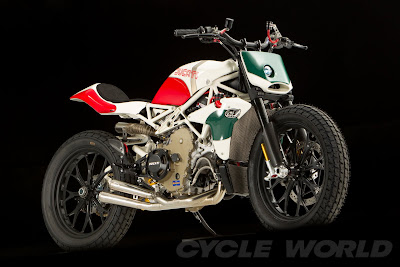 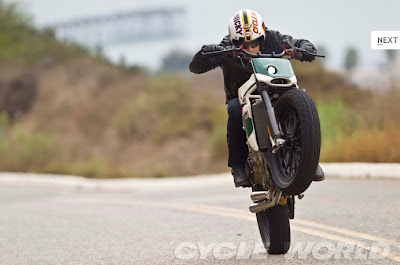 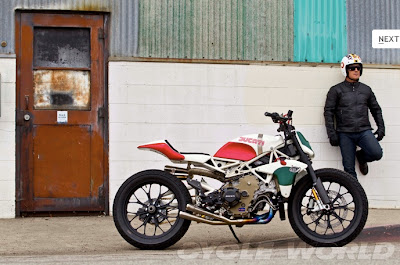 Cycle World’s Mark Cernicky, a hell of flat track racer and a demon road test rider, sent us an email pointing us to this: the finished Roland Sands Designs Desmo Tracker. If you don’t know, one of Roland’s customers commissioned him to take the MotoGP rep (that was £38,000 in the UK) and make a street tracker out of it. I don’t think it’s anywhere near RSD’s prettiest bike, but it’s audacious, totally iconaclastic, brilliant and punk rock. People got their knickers in a twist about cutting up the bike, but there are plenty of standard Desmos in the world. What’s their problem? G
See more at Cycle World.com and read about it in the mag.

NOTE: Roland Sands has appeared in Sideburn twice: in SB5 with the Smoking Seagulls and in SB7 when he came to England to race a Harley XR1200