Sorry Matt, meant to post this more than a week ago already, but just been too busy bustin’ balls finishing off Sideburn #9. 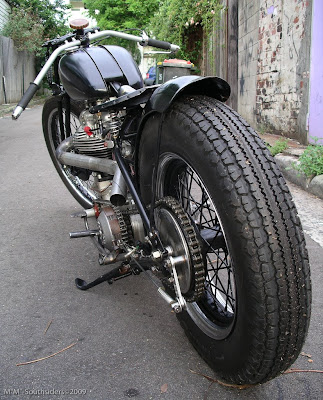 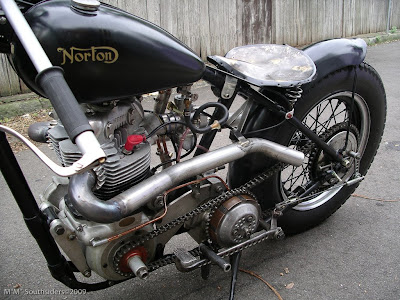 A fan of the Oz machine since his Norton Atlas first came to light in the showroom of (pre-phenomenon) Deus Ex Machina. All too often builders seem to favor (read ‘get stuck with’) one marque, but Matt casts his wizardary over many shapes and sizes. Getting a bit bored of Guzz caff racers, but he’s given his a heathy nipple tweak.
Sideburn Loves feel good movies and this one by Mat Harrington has Readybrek glow. Respect.BP