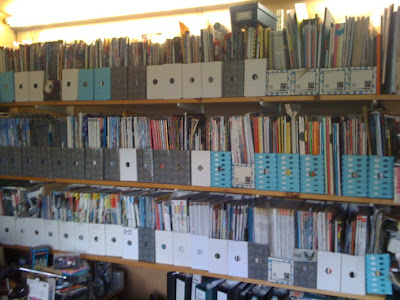 After months of putting it off I decided to tidy up my shed/office on Monday. I’m still not finished and it doesn’t take long for it to become a mess again, but it’s good to get at least some magazines in order (especially as I refer back to magazines a lot) and send the chaff to the recycler. 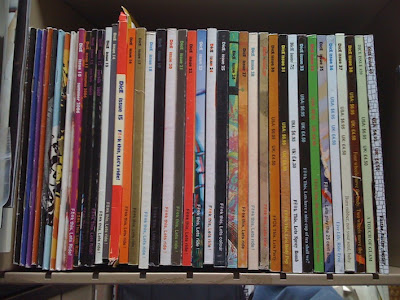 One fireproof drawer is full of Dice. They’re up to 40 issues! Amazing achievement. Inspirational mag. I have the full set. Oh yes. 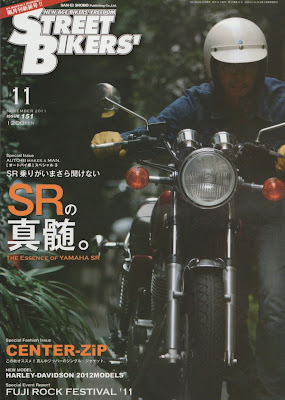 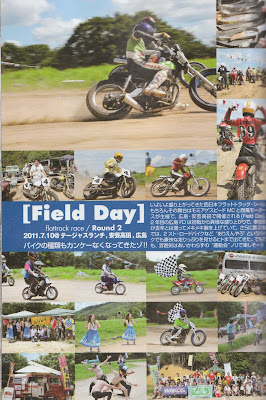 While I was at the Stafford Show at the weekend I bought some copies of Street Bikers from the Magazine Man. They cost an arm and a leg, but I love them. While I was flicking through the latest I saw a page on the Japanese flat track club Field Day- who we have a great feature on in Sideburn 9 (coming soon-ish). I looked closer, next to the photo of the bizarre pre-race dance ritual and noticed they were flying the Sideburn flag!

A final bit of magazine news, one of Britain’s major publishers, Bauer (German lot who took over EMAP) are supporting the biking charity Riders for Health – co-founded by Randy Mamola. Every subscription Bauer get (on a number of mags including Bike, PB, Classic Bike, Practical Sportsbike, MCN, Q, Empire…) they’re giving ‘up to £10′ to charity. If you don’t know, Riders for Health supply bikes and expertise to African doctors to allow them to ride to and treat isolated villages. Well done big business!