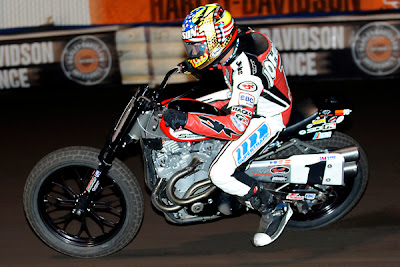 Back to back championships. Class act, Jake Johnson. 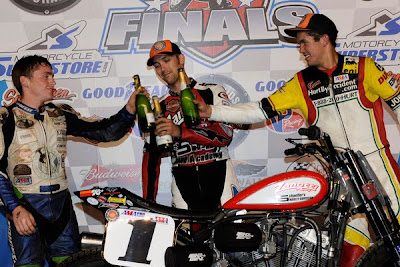 Jake clinched the title it in style with a win. 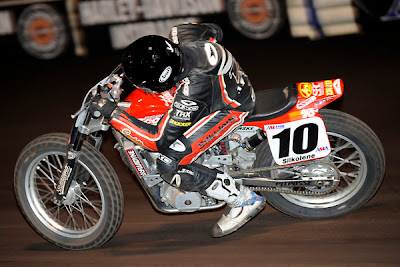 How hard is Johnny Lewis trying? We have a big story on him in Sideburn 9. Johnny came fourth in the final, the top of three Kawasakis to make it into the main. 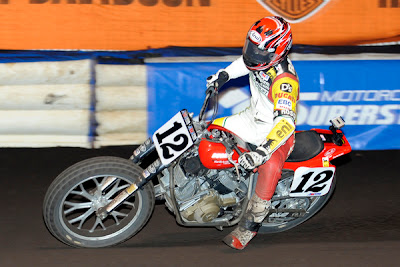 Brad Baker came second in the Main on the Lloyd Brothers Ducati (that’s featured in Sideburn 4). Gerrit Callies made the final on a KTM, too, making four different manufacturers in the H-D dominated 18-man race. 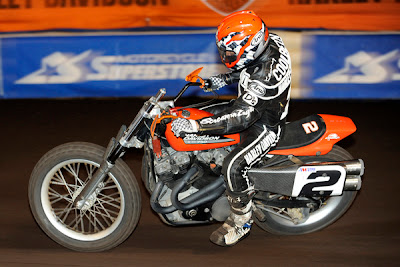 Coolbeth, 9th at Pomona, 4th in the GNC Combined. 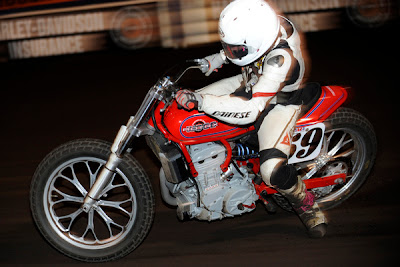 Jethro Halbert on the wonderful Wood BMW came fourth in his semi, so didn’t make the Main. We think this is only the first or second time the bike has raced in the GNC this year. With more development it’s obviously got potential. This bike and the story of Ron Wood is in Sideburn 3 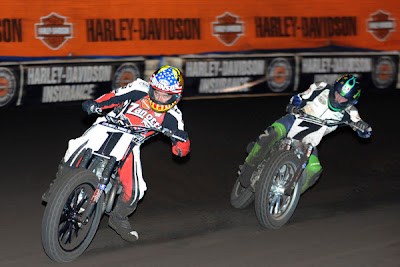 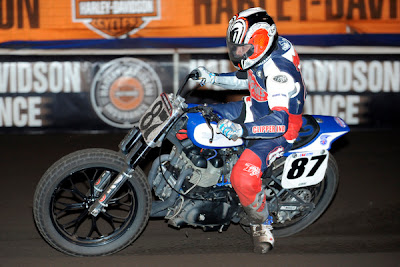 Is this Aussie Mick Kirkness on the Bonneville Performance Triumph? 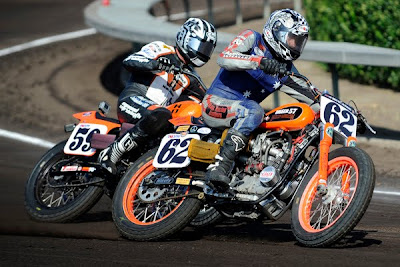 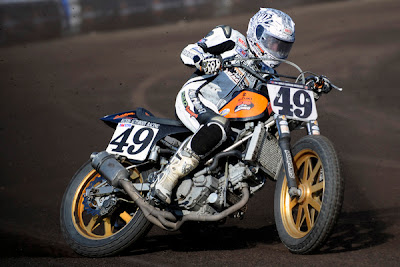 Chad Chose on a Suzuki. 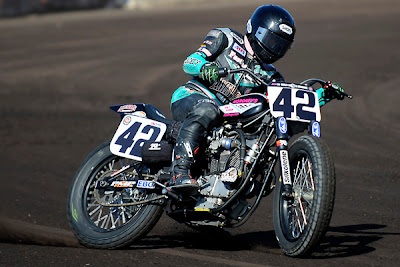 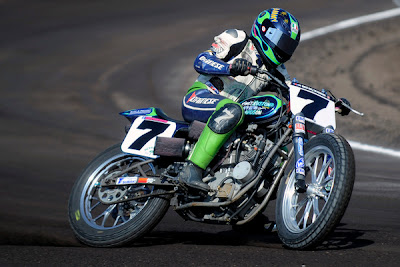 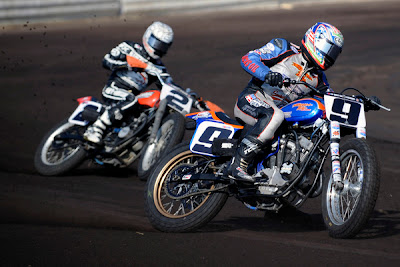