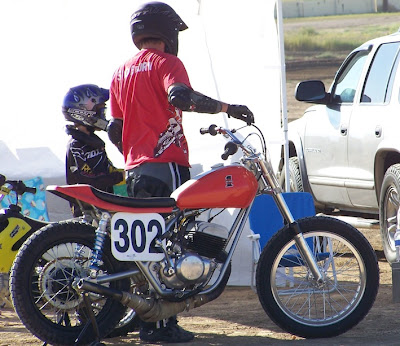 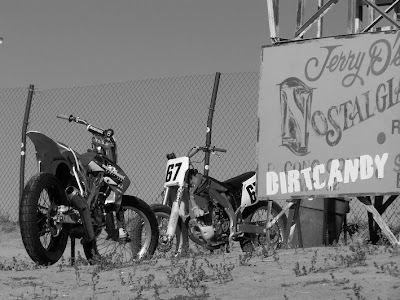 Travis, 747, chasing down the leader. 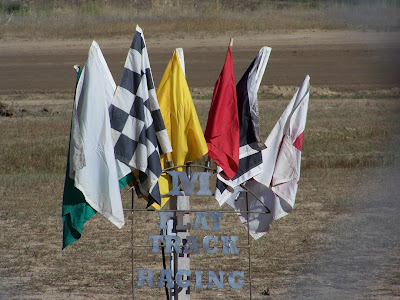 Yo G.
How goes it? Hope all is mighty fine.
I met Garrett at the local races in Erie at IMI last weekend. Seen him on the Sideblog before and of course upon meeting him I could tell by his character and bike he is the real deal. (who else reads Sideburn?)
Good times at the track as usual. Much. Newbold 747

Here’s the thing – Garrett is wearing one of Sideburn’s mythical Dick shirts, the first we ever did. We always say we’re not going to reprint any of our old designs, but I love that shirt (and lots of others, including Crazy Dave that sold out in a blink). It seems a bit daft not to reprint it. Or is that some sort of betrayal? Will owners of the original be miffed we reprinted? I haven’t discussed this with Ben, just thinking out loud. G